PLO consulates
Should be in
PLO cities, not J’lem

✡ Violates a treaty between the U.S. and Israel

✡ Is the U.S. “progressives” way to control Biden’s on-going attacks on Donald Trump’s progress toward peace in the Middle East. 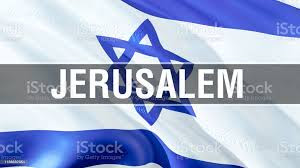 TREATY: The US State Department has confirmed it cannot open a consulate for the Palestinians in Jerusalem without Israel’s authorization. https://tinyurl.com/fkshkw

Sen. Bill Hagerty (R-Tennessee) this week proposed a bill to ensure that the only US diplfmatic entity in Jerusalem would be the U.S. Embassy. During a Senate Foreign Relations Committee hearing on Wednesday, he asked Deputy Secretary of State for Management and Resources Brian McKeon about the matter.

“President [Joe] Biden’s proposal to open a second US mission in Jerusalem would begin to reverse the recognition of Jerusalem, and it would divide Israel’s eternal and undivided capital city,” Hagerty said. “I just want to confirm something on the record. Is it your understanding that, under US and international law, the government of Israel would have to provide its affirmative consent before the United States could open or reopen the US consulate to the Palestinians in Jerusalem, or does the Biden administration believe it can move forward to establish a second US mission in the Israeli capital city of Jerusalem without the consent of the government of Israel?”

To open a U.S. consulate in Jerusalem fails to benefit the Muslims of the PLO/PFLP and Hamas-controlled areas. These people still need permission (from all entities) to enter Israel to do any business here, including visiting a U.S. consulate.

BETTER, if the progressives and Biden really want to support the Muslims in the PLO/PFLP and Hamas-controlled areas, place consulates in Ramallah and Gaza City.

It might be that the U.S. State Department is concerned about the safety of its personnel — the memory of the “spontaneous attack”on Benghazi is not distant — it might consider putting a Hamas consulate on the Egyptian side of the border, a border often closed to Gaza residents. Would Egypt accommodate a U.S. consulate for Gazans? Has it been considered by Biden’s handlers?

ONE CAPITAL FOR ONE COUNTRY Jerusalem is Israel’s capital.

Jerusalem has been under the thumb of numerous foreign aggressors, but always was Israel’s capital when Jews controlled the country.

Jerusalem also is the focus for observant Jews who pray toward the city rather than, as Muslims do, turn their back on the city for prayer. (They face toward Saudi Arabia.)

Jews have been the dominant ethic group in Jerusalem since David’s time (ibid.)

Jordan illegally occupied Jerusalem (despite a UN resolution that it be a city open to all), and in the process destroyed many synagogues and holy sites. Allowing it to be divided again, with one part a “Palestinian” capital, would result in more destruction of Jewish sites.

Every six months for more than two decades, U.S. presidents have had to decide all over again whether to move the U.S. embassy in Israel from Tel Aviv to Jerusalem. Since the Clinton administration, they decided each time to keep the embassy where it is, seeking not to throw a wrench into delicate Middle East peace talks. On Tuesday, however, after signing a waiver putting off the move in June, President Donald Trump informed the Palestinian Authority’s President Mahmoud Abbas that he’s going to recognize the contested holy city as Israel’s capital and begin the process of moving the embassy there. https://tinyurl.com/yr33wnwm

Despite U.S. presidential cowardice, the PLO/PFLP consistently refused to negotiate peace with Israel even when Israeli leftist politicians offered everything but the demise of Israel as a state. “Delicate peace talks” never were in jeopardy since there were, in fact, no serious effort on the part of the PLO/PFLP.

The incumbent president, in an effort to reverse all of his predecessor’s acts, is promoting a plan to push peace father away.

PLAGIARISM is the act of appropriating the literary composition of another, or parts or passages of his writings, or the ideas or language of the same, and passing them off as the product of one’s own mind.

Truth is an absolute defense to defamation. Defamation is a false statement of fact. If the statement was accurate, then by definition it wasn’t defamatory.

Posted by Yohanon Glenn at 8:23 AM